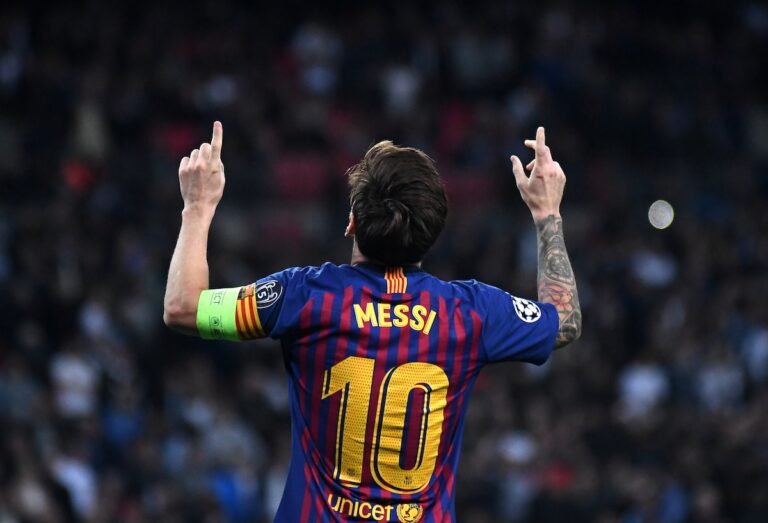 You may be wondering who the richest soccer players are, if so, check out this post from Stacker. We are republishing it here with their permission.

Between a Netflix docuseries and a metaverse game in the works, the celebration of the 2022 FIFA World Cup in Qatar is just the latest reminder that soccer is the most popular sport in the world with great players earning top-tier salaries. But who are the wealthiest?

Using data from Celebrity Net Worth and other sources such as ESPN, Stacker compiled net worth data as well as life and career insights from the richest current and former soccer players in the world as of Oct. 28, 2022.

Data points include net worth, salary, age, nationality, and soccer teams where they have played. Some players, such as Dave Whelan, have a significant net worth that doesn’t come directly from playing soccer. Others moved into managing after their days on the pitch.

Those who rank high on the list have primarily been in the top teams or leagues, including those from the United Kingdom, Spain, Germany, Italy, and France. Barcelona, Real Madrid, Juventus, Milan, and Manchester United are the teams shelling out most of the money to these top soccer players.

All of the wealthiest soccer players are men. Soccer, like many other sports, has a huge gender pay gap. According to research from Bloomberg Law, women still earn 83 cents for every dollar earned by men.

Wage gaps are just one of many discriminatory practices women face in soccer. Just a few years ago, internationally renowned soccer team FC Barcelona made headlines when, during an international tour that featured men’s and women’s teams together, men flew in business class while women flew economy.

Players listed come from Spain, France, Brazil, England, and more. These figures show why soccer can be a lucrative career choice for athletes worldwide.

Samuel Eto’o retired in 2019 after a career of 22 years, four Championship League titles, and even an Olympic gold medal. While Eto’o has played in fields throughout the world, he has experienced his share of racism, fielding derogatory chanting and racist comments while he was on the pitch.

The Cameroonian joined Real Madrid’s academy system when he was 16 and is now considered one of the best strikers of all time.

He first played professionally for Real Madrid in 1994 and now manages Real Madrid Castilla. He retired from soccer in 2015 after playing with the New York Cosmos after 448 goals throughout his career.

Philipp Lahm was a fullback and defensive midfielder for the German national team until 2014 and Bayern Munich until the end of the 2017 season.

Lahm was on the World Cup teams in 2006 and 2010 but famously finished his term after a German win in 2014 against Argentina.

USA Today Sports writer Adi Joseph called him “one of the greatest players in German history” who miraculously retired without ever having received a red card, despite being a defender.

Perhaps one of the most recognizable names in soccer, Pelé was a Brazilian soccer player for two decades with three World Cup wins before joining the New York Cosmos.

He developed his soccer skills while kicking a rolled-up sock stuffed with rags in the street of Brazil and eventually found tutelage under Waldemar de Brito, a former Brazilian national soccer player.

He has scored 1,283 goals across all tournaments (though the number varies depending on who you ask).

He stepped into the limelight in Sweden at the 1958 World Cup with two goals and is credited with inspiring many soccer superstars to play in America after he joined the New York Cosmos in 1975.

Eden Hazard is a Belgian soccer player who plays for Real Madrid and the Belgian national team.

Rumor has it, however, that Hazard is looking to switch back to the Premier League, either with Newcastle or Aston Villa.

Hazard has won the Premier League twice, the Champions League once, and many individual honors. The winger and midfielder captains the Belgium team and stands to earn more as his career continues.

Zinedine Zidane, also called Zizou, was born to Algerian immigrants in France and learned to handle the ball on the streets of Marseille. While playing at youth clubs, he was discovered by a French Football Federation coach at 14 years old.

He made his professional debut at Cannes three years later. In 2001, he signed with Real Madrid for more than $66 million in transfer fees.

He eventually made his way over to the coaching side, managing Real Madrid, where he guided the team to victory in the Champions League three years in a row.

Mesut Özil certainly knows the finer things in life. He reportedly owns about £800,000 worth of automobiles and an extravagant six-bedroom home in London.

After the birth of their child, Özil and his wife funded 1,000 surgeries for underprivileged children to mark the occasion in 2020. He was paid an estimated $24 million annually with Arsenal.

The German outfielder, however, quit the national team in 2018 after experiencing racism.

José Mourinho is a veteran Portuguese football manager who has overseen Tottenham, Manchester United, Chelsea, Real Madrid, Inter Milan, and Porto before joining Roma in 2021 and winning 25 trophies along the way.

The Portuguese Football Federation named him the coach of the century in 2015, and he holds several Guinness World Records, including for “youngest football manager to reach 100 UEFA Champions League matches.”

After almost 22 years with Barcelona, Andrés Iniesta signed for $30 million annually to join Vissel Kobe through 2023.

His high salary and active status give him an edge over the players tied in the 13th spot. He won the 2010 World Cup and has four Champions Leagues under his belt with Barcelona.

After a serious injury in 2020, Iniesta continues to play with Japan and retains his love for the game. “The day I don’t feel the emotion of seeing a full stadium, or meeting the fans and my teammates, is perhaps the day I shouldn’t be playing any more and football is over,” he told BBC.

Pogba has a sponsorship deal with Adidas and has enough star power to commandeer an Amazon Prime docuseries “The Pogmentary” that explores his career trajectory and his eventual decision to leave Manchester United.

He also owns some luxury real estate in Miami and Cheshire.

Thierry Henry is a retired French player known for his time with Arsenal in the early 2000s, where he won seven trophies. He set a record by winning the Golden Boot an astonishing four times.

He helped the French national team win the 1998 World Cup and the 2000 European Championship. He became a manager for various teams, including Monaco and the Montreal Impact (now called CF Montreal).

Henry stepped down as manager of the Impact in 2021. Henry had different deals with Nike, Reebok, and Puma over his career as a player. He has also endorsed Beats headphones and Gillette.

Born in Cardiff, Wales, Bale started as a defender but quickly made his name as a striker, scoring more goals for the Welsh national team than any other Welshman.

Kylian Mbappé is a French national player who is already one of the most paid on the planet. Apart from his $53 million salary, Mbappé also earns $10 million in endorsements as of 2022.

He re-signed with Paris Saint-Germain in 2022 for a contract worth $266.5 million over three years.

He then joined a Dutch team, followed by a run with Barcelona for an incredible season where he made 47 goals in 49 games and was named FIFA Player of the Year.

Ronaldo purchased a team in La Liga called Real Valladolid in 2018. He retired in 2021 after 18 seasons due to knee injuries.

He became their full-time coach a year later. Rooney later returned to D.C. United as a manager in 2022, a move that earned the league a $25,000 fine for violating its diversity policy.

Rooney’s records include the English national team all-time top-scorer and most Premier League goals scored for one club.

Rooney has signed multimillion-pound book deals, which didn’t fly off the shelves; he also has had endorsements with Nike, Samsung, EA Sports, and more.

Zlatan Ibrahimović is a Swedish striker for AC Milan. He was named captain of the Swedish national team in 2012 and leads his country in goals scored with 62 goals in 116 games.

An 8-foot-9-inch-tall statue of him graces the stadium at Malmo, where his career began. His contract with Milan runs until June 30, 2023, but he is sidelined due to a knee injury. “I have a big passion for my game,” Ibrahimović, who does not plan to retire, told CNN in an October 2022 interview.

Neymar is a Brazilian with one of the highest base salaries for soccer players in the world. His base salary is about $78 million, and he earns an additional $20 to 40 million from endorsements and bonuses.

Neymar’s endorsement deals include Nike, Volkswagen, and more. He made his professional debut in 2009 at 17. He’s been a member of the Brazilian national team and Ligue 1 club Paris Saint-Germain.

Whelan played from 1956-66, but he found his true calling in commerce. He opened up a series of supermarkets called Whelan’s Discount Stores, which he eventually sold.

He then acquired a sporting and fishing store in Wigan, which he expanded into the U.K.’s second-largest retail chain, JJB.

He then set his sights back on soccer, purchasing Wigan Athletic in 1995 and took them to the Premier League in 2005. Wigan Atheltic also won the FA Cup in 2013. He stepped down as chairman of the club in 2015 amid a furor over racist comments.

David Beckham was an English soccer player who married singer/designer Victoria Beckham. He served as captain of the England national team from 2000 to 2006.

He signed a reported $1-million-a-week, five-year contract with the LA Galaxy in 2007, which made him the highest-paid player in Major League Soccer at the time.

Beckham leads a group that owns Inter Miami. He bought more stake in the team, valued at $150 million in 2021.

Cristiano Ronaldo is on track to be one of the few professional athletes to surpass $1 billion in revenue in salary and endorsements. He already brings in over $100 million annually. Ronaldo is also a member of the Portugal national team.

Ronaldo’s professional career began with Manchester United in 2003, where he made a great showing.

He then joined Real Madrid for about a $131 million transfer fee and left after nine years, in 2018, to play with Juventus.

He rejoined Manchester United in 2022 but left the club in November of that year after a controversial interview with Piers Morgan in which he criticized the team and its manager, just ahead of the 2022 World Cup.

Ronaldo is a five-time Ballon d’Or winner and signed a $1 billion lifetime deal with Nike in 2016—a lynchpin in his dizzying assortment of endorsements.

Lionel Messi is the highest-paid soccer player and professional athlete overall. Messi makes over $168 million in average annual salary, plus $40 million in endorsements.

He is a forward for Ligue 1 club Paris Saint-Germain and captains the Argentina national team. Messi helped Argentina make the World Cup finals in 2014, but he has never won one. He scored 672 goals with Barcelona, which is more than any player with one team.

Messi is also a philanthropist, founding his own charity to improve education and health care access for children in underserved communities.