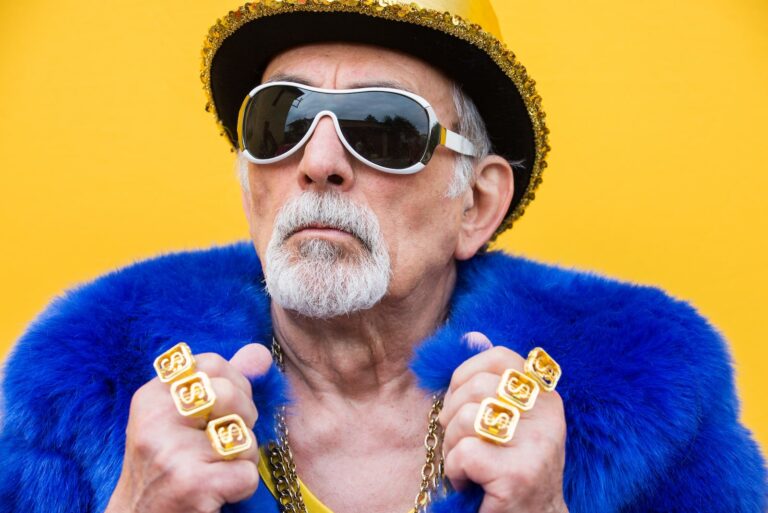 Are you one of the 99%? Do you ever wonder how millionaries and billionaires can get away with so much? You’ve probably know about how business moguls and wealthy entrepreneurs have influenced politics and markets, but did you know that those same billionaires may be ruining your life in ways that we don’t often talk about?

The topic came up in a Reddit thread when u/Lattethecoffeaddict asked, “What was ruined by rich people?” The question got a lot of attention, with over 35,000 comments. Here are the top 20 voted responses.

Now you have rich people looking into investing in real estate, and guess what rich houses are poor investments. So rich people are buying up all the affordable housing driving up the price and creating scarcity.”

Shulk_X contribution was the third most popular voted response. They said, “So many things, but I’ll say trucks. Once upon a time, a humble working class vehicle for people who need to be able to do things themselves, now they’re all luxury vehicles with massive margins, unaffordable to anyone who needs them to do real work.”

RatPackRaiders offered,”Old school ski mountains with family vibes and stoner lifties rocking to music. We always watched those silly “ski patrol” movies about the big corporations coming in and making them yuppyville and then it happened…”

Thenerfviking replied to say, “New people bought the local mountain and they were desperately trying to find guys to work there. Lots of people were interested until they found out there was a mandatory drug test. Imagine drug testing your ski bums in a legal state, something tells me that policy is gone next year.”

This saw a response from ChufferMagee, who said, “CO born and raised here! Forever priced out of my hometown. Me and all my friends have moved, just can’t afford to live there anymore. Mostly expensive due to housing. Also skiing used to be affordable, now it’s not.”

Nstopman422 replied, “Rich people have ruined a lot of things in California, but one thing I love about the state is that you cannot own the beaches. Every beach is public access. No trashy fences blocking off sections of private beach access…”

BigTuna0890 said that it was, “Concerts” and Lakechrista added, “..and sporting events. Even NASCAR tickets are expensive, now.”

Tsgram also replied to say, “My god I swear basketball tickets are thrice as expensive as they were pre-pandemic.”

Ennion replied saying, “You can thank the food network and food documentarian for that. Once people started learning how to cook them, they went nuts.”

Then some people from the rich part of town along the edges of the park decided they didn’t like the noise coming from the park and pulled some BS to buy it out and walled it off so you couldn’t go to the park unless you lived in that specific neighborhood anymore.”

Molly_777 added, “Brisket used to be a leftover cut given to the workers who figured out how to make it awesome. Now we have brisket-flation and rich people smoking them on their $1500 Bluetooth enabled pellet smoker.”

Misfitmedia response was, “Burning Man.” Jessek agreed, “Was the first thing I thought of. When Mark Zuckerberg is helicoptering in to stay in a billionaire camp with air conditioned mobile homes, Burning Man has lost whatever counterculture standing it had.”

Mythrowawayforfilth view was that, “Any hobby where there’s potential profit. Now you’ve got d***heads like the Logan Paul ruining Pokémon cards. Not because they’re into them because they like Pokémon but because they read the stories about the rare cards and just hammered their endless piles of cash into getting everything. Same with those asshole sheiks with massive comic book collections. They don’t give a f*** about comics. They just collect popular valuable stuff.

Intrapersonally said, “Housing flipping for sure – looking to potentially buy at the moment and everything has been fitted with new grey kitchens and modern lighting etc which isn’t my style. I may be in the minority here but means paying way more for a house and then having the job of ripping everything out.”

Odd_Calligrapher_407 replied in agreement, “I don’t want luxury anything. I. Just. Want. A. Home.”

MihalysRevenge said that for them it is, “80s and 90s cars. The market is super hot right now and all the rich guys are buying them up. Sorta like 50s and 60s cars in the 90s.”

Jdevo713’s contribution saw a few responses. They said, “Government.” Which _Ayota_ replied, “Of the rich By the rich For the rich.”

PhreedomPhighter added, “In recent memory whenever the poor try to do things their way the CIA comes over and puts a stop to that.”